The Bank of England 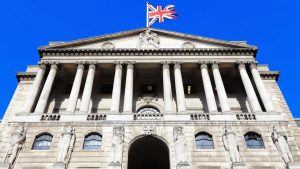 Steve Huxham, our Policy & Public Affairs Director is a regular guest at the Bank of England working lunch events. This is an opportunity for our association to meet the relevant BoE Agent and feedback directly current trends or concerns in the market. The BoE are particularly keen to engage, especially with SMEs through Membership Associations, as they recognise that they otherwise risk being disconnected from the “real world.” Big companies can make their voices heard through lobbying and PR, but of course it is the SMEs, often without that sort of voice, who make up the majority of the UK economy. These meetings and the information passed on to the Agent(s) running the sessions, in turn are fed back to BoE senior management and help to shape policy. 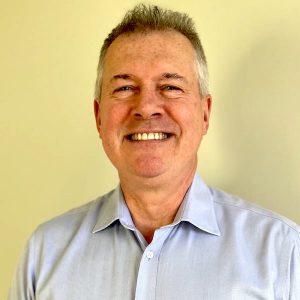 I was pleased to represent the Silver Marketing Association on behalf of you, our Members, on Thursday 22nd October 2022, at the latest Bank of England Panel meeting. Quite an apt date (or not!) since the latest Interest Rate rise had been announced literally 30 minutes before our Meeting started. Our session opened in the usual format with our host Rob Elder, the BoE Agent for London, explaining the thinking behind recent decision making by the Bank from August onwards, and it being based on two main forces. Having held back on substantial Rate rises for some time, the Bank was increasingly concerned primarily about the business sector “overheating” through the imbalance of supply and demand in the UK labour market, despite the economy not growing as much as would be wished at the same time. Then there is the second ongoing issue of the war in Ukraine affecting the market, and not just through the immediate headline inflation of energy prices, which the Government has now taken action to address. Compared to the actual Rate announced, we were told that the markets had considered a rise of Rates to maybe 3%, and have factored in up to 4.75% if the labour market remains overheated. Points were also made that the dollar versus sterling rate reflects the strengths of the US$ rather than weakness of UK£ (this was before the mini-budget though!) and that the BoE will turn Qualitative Easing into Qualitative Tightening next year.

The other part of a typical Bank Panel Meeting is to hear the views from the sectors represented on their prospects, trends, concerns, etc. I was one of 13 Trade Association representatives at the Panel, and these included a wide range of industries and sectors, including The Giftware Association, The National Market Traders Federation, The Financial Intermediary & Broker Association, The Association of Independent Personal Search Agents, and others, the common thread being Associations with sizeable numbers of UK SMEs as members. Space precludes reporting here on all their feedback, although I am happy to give our Members more on request if anyone wishes. A common theme though is on recovery is in progress after the pandemic but caution is widespread, and confidence remains fragile, with challenges facing most sectors.

Silver Marketing Association members will hopefully be pleased to hear that I put in probably more than my fair share of comment – possibly as I had the benefit of being seated right next to our host! One point that I really wanted to make was in respect of the alleged overheating of the labour market and whether the BoE should consider more thoroughly why this is: in my view, arguably, we have the perfect storm of: the exit of large numbers of EU workers post Brexit and during the pandemic who will not return; once again, more large numbers of over 50s leaving the job market during the pandemic – with little being done to encourage them back; plus further large numbers of employees lost by release or furlough during the pandemic from key sectors like travel, events, hospitality, airports, etc, who have moved elsewhere (or again out of the UK) and will not be returning, as even if they are still in the UK, they now have other jobs and often in other sectors. In that sense, I put the question back to our host as to whether this was a question of “fake overheating,” which he accepted was a good point. It is also worth noting that I was specifically asked at a later point in proceedings by the Agent as to whether confidence was holding up with companies that serve the silver travel market. I was able to report that it was with majority of companies, but with the caveat that confidence is a delicate thing, and especially given what everyone has faced over the last two years, it would not take much for that to change. I followed this up the next day with a message to our Agent quoting the statistic from the Travel Weekly Futures Conference that 68% of older travellers are not adversely affected by the current economic environment.

Thank you to those members who completed the survey prior to the meeting, the collated results of which were handed over to the Bank of England.

All in all, I can report that the Silver Marketing Association made our presence heard and felt!  We will continue to do so whenever these opportunities arise.