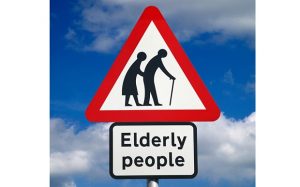 Since the controversial “elderly people” road sign, designed by a child in a drawing competition sign, was introduced over forty years ago, it has repeatedly come under attack for its ageist imagery depicting a physically-challenged couple bent over walking sticks.

The Silver Marketing Association, which campaigns for ethical and respectful marketing for older people, has carried out a survey amongst 55-80-year-olds in partnership with older people’s campaigning group EngAgeNet, and the findings show that the sign is seen as both ageist and offensive by a large majority of respondents.

The Association is now asking the UK Government and local authorities for the sign to be re-designed or removed entirely. “The time has come to get this discriminatory image off our roads,” says managing director Debbie Marshall, “and to re-align the stereotyped, ageist image of the UK’s older generation. We recognise that older people may be slower to walk across the road than youngsters, but they are not some kind of a roadside hazard, and the picture on the sign does not reflect the respect that we should have for our elders.”

In partnership with EngAgeNet, the Silver Marketing Association survey asked over 400 representatives from older people’s forums across the country for their views of the wording and imagery used on the sign, and if they feel it best reflects their place in society.  Over half (53%) considered the image “very ageist” and a further 26% felt it to be “ageist”. while 70% found it “offensive”.

Respondents were also asked their view of the wording and 64% found this ageist and 67% offensive. When asked what alternative they would prefer, 69% voted for an age-neutral image, and 72% voted for age-neutral wording. 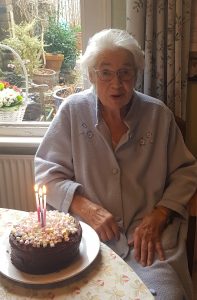 89-year-old Betty Stoakley, a resident at a Dorset Care Home, said: “I have always hated that sign, even when I was younger and a driver. It makes some kind of a bad joke about old age. Its very existence separates older people from the rest of society.”  Mrs Stoakley continued: “I am also delighted that we, the older generation, have been asked for our opinions. Older adults in the UK are too-often overlooked, yet we have decades of life experience.”

Ellen Coughlin of Hampshire added: “I prefer the use of the word senior to replace elderly.  Senior is a respectful way of describing an older person, elderly is not.”

Another respondent, Philippa Russell of Chichester, commented: “Traffic travels so fast nowadays and it’s not only about age – it’s just as bad if you have a small child or you are a disabled person trying to cross safely. I would like big, bold signs with a catchy image that there are likely to be people crossing and telling motorists to slow down.”

Jess Kuehne, Senior Programme Manager – Ageism from the Centre for Ageing Better commented: “It’s high time we rethink the symbols and icons commonly used in public to represent ageing and older age groups. So often these images reinforce negative and narrow views about ageing and growing older, attitudes which research shows can have a damaging effect on the way we view and treat ourselves and others.”

Tony Watts OBE from the older people’s campaigning organisation EngAgeNet, added: “This sign has been a bone of contention for many older people for years and many organisations and individuals have spoken out about it… but absolutely nothing has been done.

“At a time when society has recognised the need to respect minorities by changing negative or demeaning language or imagery, it’s stunning that no-one can see that ageism is also a big issue.

“We want the Department of Transport to change this discriminatory sign and language and to substitute it with one which is age-neutral.  Of course motorists need to be aware if there is a crossing near a care home where residents may have limited mobility. However, the current sign is ageist and discriminatory and needs to go.

“We surely cannot go another 41 years depicting our valued older generation in this way.”

The survey of 400 older people was carried out in May 2022 using a nationwide sample and managed by Tony Watts OBE in partnership with EngAgeNet. 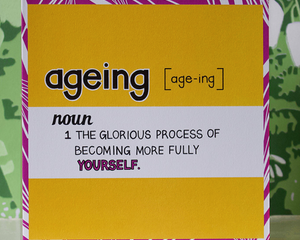 “You are old, wrinkled and ugly – Happy Birthday!”

BETTER BIRTHDAYS PRESS RELEASE “You are old, wrinkled and ugly – Happy Birthday!” National campaign promotes age-positive birthday cards In an age when Britons are living longer, healthier, and more active lives, and the over Read more… 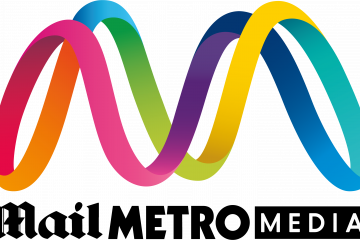 Announcing the launch of the Silver Marketing Association Annual Summit 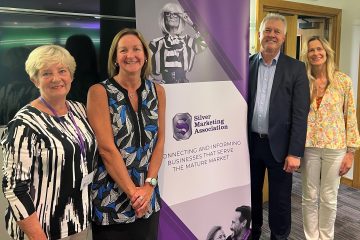 Announcing the launch of the Silver Marketing Association

The Silver Marketing Association has launched as a membership B2B organisation, with a mission to connect and inform businesses and individuals with an interest in marketing to older consumers.  It picks up the baton from Read more…