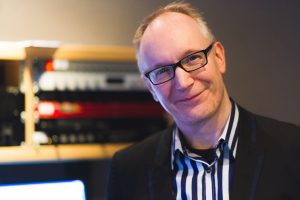 Clock up the big 6-0 and many people are happy to ease gently into retirement through reduced hours, a part-time job, or maybe a volunteering role. And after a busy career in commercial radio, radio station manager and broadcaster David Lloyd thought he might be one of them.

‘I’d spent the last few years running radio stations but we were part of a group that sold its stations,’ explains David from his back bedroom that now doubles as a broadcasting studio.  ‘I was around 60 when it happened and media is very much a young person’s industry nowadays, so I settled down into doing some consulting for stations around the world, wrote a few books about radio, and thought I would carry on doing that for as long as people still wanted me.’

But at the back of his mind was an idea that just wouldn’t go away.  A gap in the market that nobody else seemed eager to fill.   So now after ‘almost retiring’, David works longer hours than he ever did.  Does he mind?  Not a bit of it.   In fact his job satisfaction has gone off the scale.

On Valentine’s Day 2021, David and his business partner Phil Riley launched Boom Radio, a DAB station aimed firmly at the Baby Boomer generation.    Radio 2 was changing both its music and its presenters, leaving many of its long-term listeners without a regular home, and David had long seen a gap in the broadcasting market for a station targeting listeners in their 60s and beyond. 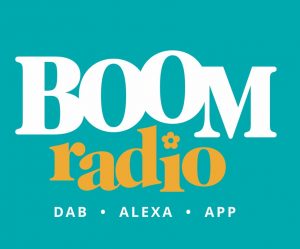 So he bounced the idea off former Heart Radio colleague Phil who not only came up with investors but also with a name that perfectly reflected the station’s target audience.   ‘Boom is about helping listeners live their best lives,’ says David.  ‘Our aim is to bring back happy memories through great music and help them to feel young again.  So the name Boom perfectly summarises what our brand is about.’

Launching a radio station is, David insists, quite straightforward thanks to advances in broadcasting technology. Initially he and Phil thought they would launch a Boom Radio trial on DAB in the London area, but they quickly moved to national DAB coverage owing to the huge immediate response. Listeners can also listen online in high quality via their phone, laptop, PC or tablet. Or you can simply ask Alexa or Google to play Boom Radio on your smart speaker.

But would their potential audience find them?   The team used various media outlets to advertise the new station, including Facebook and partnerships with key players in the sector, but the biggest boost to their public profile came unexpectedly through their perceived challenge to Radio 2. 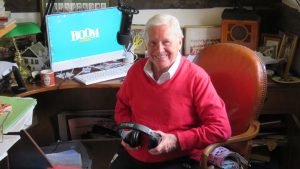 ‘The tabloid press love a David and Goliath story so we benefitted from a lot of PR,’ says David.  ‘All our presenters broadcast from home – their attic, garden shed, or a spare bedroom.  We don’t have a fancy HQ with a neon sign out front, but we do have a team of high profile presenters that our listeners have often followed since their youth.  Broadcasters like David Hamilton, Nicky Horne, Judy Spiers, and Graham Dene … it’s an impressive cast.

‘Eighteen months after our first broadcast, we are doing far better than I ever imagined.  We play mostly 60s and 70s music, with a little from the 50s, plus some more recent material that we think listeners will like, and the feedback is extraordinary.

You’ve made me fall in love with radio again.  I don’t know what I would do without you. 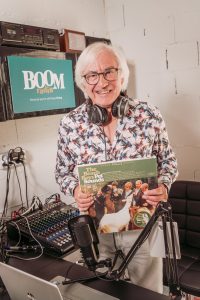 ‘Their comments have just blown everything we expected out of the water and I think we are all overwhelmed by the number of listeners who talk about the difference we have made to their lives.  Yes, lots of over-60s are out doing exciting things, but a lot of people are on their own.   We are the friend who is always in the room and it’s a huge privilege to be in that position.’

David broadcasts every weekday morning between 10 and 12 – a slot he had previously occupied in the East Midlands – and personally replies to scores of emails every week, as do his colleagues.   Many listeners have likened Boom to the ‘pirate’ stations they followed in their youth, a bit rebellious and always bringing them the music they wanted to hear.  Now some of those Boom Radio DJs are reaching out to them again across the airways.

‘We do everything ourselves to make the shows happen, so some of us have had to familiarise ourselves with a lot of new technology,’ says David.  ‘But it means we have a really direct relationship with our listeners that is the envy of other broadcasters.

‘We obviously all sound like we are having a good time too, because now we are being  approached by people in the industry who want to be part of the fun.  So it’s not just the listeners who love us – we are giving new hope to a whole generation of broadcasters too!’ 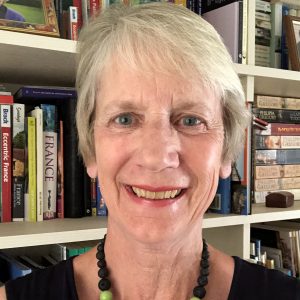 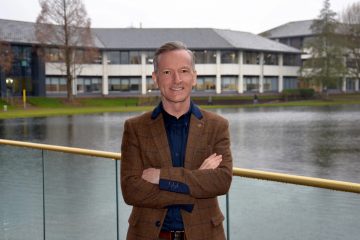 Vernon Hogg – Co-founder of Silverpreneurs® Unexpected redundancy hits hard at any age, but especially when you’re over 50.  No matter how far up the corporate ladder you have climbed, losing a job you enjoy Read more… 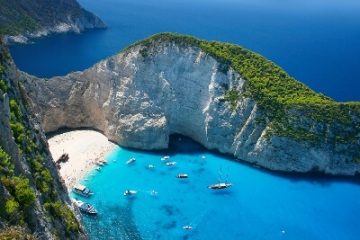 As the rapid increase of multi-thousand cabin liners in the 2010s showed, silver holidaymakers have long been a prime target for cruise operators. They are affluent, social enough to not mind being in a crowd, Read more… 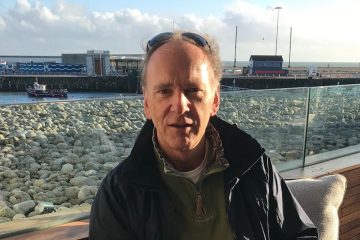 With a career spanning four decades, I thought I had seen everything, and then C-19 hit us out of the blue! As horrendous as it has been, most businesses will recover. But it is going Read more…