Mark Beasley tells us how it all began…. 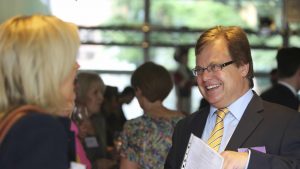 It was 2013 and I was having lunch with Dick Lumsden and Kevin Lavery, who like me ran consultancies specialising in the so-called ‘mature market’.

The subject of our frustration was the way that so many businesses seemed to be almost deliberately building and reinforcing barriers to exclude older consumers, despite all the evidence to the contrary.

Why, when the majority of consumers in so many categories are aged over 50, did brands insist on running advertising that celebrated youth?

Why, when older people were featured in advertising, were they inevitably stereotypes, caricatures or helpless buffoons?

And why did the hospitality industry insist on making life so difficult for sophisticated, high-spending older adults like us, with their dim lighting, intrusive music and small print? As one, we reached for our glasses in order to read the menu.

It was time for action. On our own, we were lone voices in the wilderness. Together with others, perhaps we could make a difference.

We formed the Mature Marketing Association (MMA) to address these and other issues. As a UK-based not-for-profit organisation, the MMA would promote the concept and benefits of ‘mature marketing’ to the business, marketing and media communities. I became Chairman, with Dick and Kevin as Vice Chairmen. Together with its offshoot, the Mature Marketing Summit, the MMA became the largest organisation (and event) of its type in Europe.

There was a strong business case. Above all, we were fuelled by a long-term mega-trend: population ageing. In developed markets, an increasingly large number of older consumers wields exceptional (and disproportionate) economic power.

Despite this, there was strong evidence that business was not meeting this challenge well, or in some cases, at all. Marketing and marketing communications were the most obvious offenders, but the problem went across the whole marketing mix. As a result, older people felt disenfranchised from business and marketing and did not spend as much as they (and presumably, business) would like, if their needs were met better.

Sadly, the inconvenient truth of population ageing was (and still is) at odds with today’s technology-driven, fast-moving, cool-grooving business and marketing culture. In business, age is just not cool, but more to the point, not understood.

We were on a mission, in the belief that better alignment between marketing and older people would benefit business, society, the economy and above all, older people themselves. 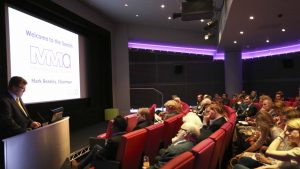 Thanks to John A’hern, of Channel 4, we held a launch event at C4’s glamorous London offices, in June 2013. We were able to use their fantastic auditorium, sunk into the middle of the building, and a large reception area, complete with waiting staff bearing endless canapes and drinks.

More than 80 people accepted our invitation, some of whom became stalwart members of the MMA, including Debbie Marshall, of Silver Travel Advisor (whatever happened to her?).

Attendees were treated to a stirring presentation from the Chairman of the MMA, and an inspiring presentation on Inclusive Design from Rama Gheerawo, then Deputy Director of the Helen Hamlyn Centre for Design at at the Royal College of Art.

This was followed by the enthusiastic demolishment of Channel 4‘s generous provision of canapes and drinks and a lot of convivial networking. We felt we were onto something.

What We Did Next

Following the launch, our plan was to enlist members, share information, hold regular networking events and evolve a programme of activities and events. Given that we were all unpaid volunteers, it all depended upon a lot of goodwill.

It soon became clear that there was an appetite for a conference about mature marketing. We initiated the annual Mature Marketing Summit, which ran in a Central London conference centre, from 2014 – 2017 under our control and continued for another few years after (until COVID).

More than 100 attendees attended each of the full-day events, with senior-level speakers from organisations including Barclays, BBC, Doro, Dignity, JWT, News UK, Saga, Sky, SunLife, The Oldie, Warner Leisure, YouGov – and at least three Professors. It was all a great success, said delegates.

And there was more. We held regular lunches and events, published a paper on marketing to the over-50s with WARC, and talked with a lot of prospective partners and members. We were asked for comment by national newspapers and spoke on the BBC, the House of Lords and at many conferences in the UK and Europe. It all had great potential.

We were unable to translate this potential into real growth for the MMA. To do this required resources far greater than our ambitions. The sense of frustration that we started with was still with us and we were in danger of treading water.

In 2018, we handed over the MMA to the Accord Group and Sally Winfield, hopeful that new thinking and resources would be able to move it forward. Now, with Debbie Marshall at the helm of a re-named organisation, we look forward to seeing what happens

I enjoyed my time with the MMA enormously. We learned a lot, but the three most important things are probably these. First, that to succeed, it is necessary to involve mainstream corporates and brands, who account for the majority of marketing spend and consumer expenditure.

Second, that while the so-called mature market is too large to be ignored, it is also too complex to be stereotyped and too diverse to be second-guessed. There was the danger of parroting simplifications in order to attract attention.

Finally, we learned that the sense of mission that we had (and still have) is shared by many others.  There is still enthusiasm for the idea that many businesses need to improve their alignment with the older consumer. I wish the new Silver Marketing Association every success in its endeavours.

Mark Beasley is a Partner at rhc advantage, as well as a consultant and writer.

Sally Winfield, CEO of Accord Marketing, picks up the story of our heritage. 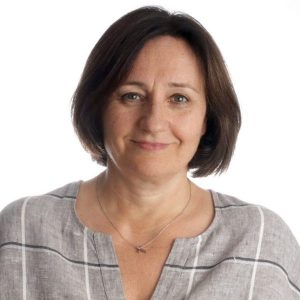 In 2018, the MMA became part of Accord, an award-winning marketing agency specialising in the over-50s market.

With much-needed resources at our disposal, our ambition was simple – to be a voice for this important but under-exposed, and often ignored, area of marketing by promoting best practice, facilitating networking events and investing in relevant research and data.

The baton had been passed to us and, first and foremost, we committed to the ongoing investment in the MMA Summit which, by now, was firmly established as Europe’s leading conference on mature marketing – a must for anyone wanting to better understand and engage with this complex and lucrative sector.

I’m delighted to say that the Summit continued to be a huge success.  The diverse line-up of distinguished industry professionals, all offering their own unique insight, made for compelling listening.  The number of delegates grew year-on-year, and the likes of Google, the Data & Marketing Association, AutoTrader, Gransnet, Lumen and the Telegraph’s Stella magazine were all enthusiastic supporters. 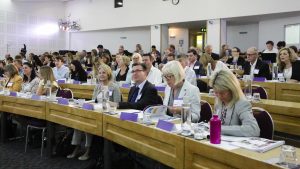 Looking ahead, what is brilliant about working in marketing today is that we have data.  We are able to learn so much about audiences, their behaviours and demanding buying habits, and we can use this information to devise effective marketing campaigns that encourage loyalty and drive sales.

The opportunity for brands that take the time and effort to understand their customers and play a positive role in debunking gender stereotypes is as enormous now as it’s ever been.

So, with grey most definitely being the new blond, it is time for Debbie and her board of experts to take the Silver Marketing Association to the next level.

I look forward to working alongside them to drive this subject to the top of the marketing agenda.